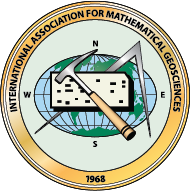 Recipients receive a plaque bearing the recipient’s name and a copy of an inscribed book relevant to his or her research interests for a value not to exceed the equivalent of US$ 350 in 1998. The award was established in 1980 during the XXVI International Geological Congress in Paris following the announcement that Vistelius was the fifth Krumbein medalist. Because of difficulties to honor Vistelius while still alive, the General Assembly named the award the President’s Prize as a temporary solution. After his death on September 12, 1995, the General Assembly, meeting this time in 1996 during the XXX Geological Congress in Beijing, renamed the award as originally intended. Before this change the prize was presented annually. It is now awarded biennially.

Vistelius was born on December 7, 1915 in Petrograd, which was later named Leningrad and is now Saint Petersburg. Vistelius graduated as a mineralogist from the University of Leningrad in 1939 and continued there until defending his thesis in geology and mineralogy in 1942. At 32, an early age by Soviet standards, the Moscow Institute of Petroleumawarded him a DSc degree in geology. From 1942 to 1946 he was senior petrologist for the All-Union Petroleum Institute, and from 1946 to 1950, he was director of the Branch of Operating Methods of the same institute. He served as director of the Laboratory of Mining and Geology of the All-Union Salt Institute from 1950 to 1952. From 1952 to 1961, Vistelius was senior scientist at the Laboratory of Aerial Methods of the Academy of Sciences of the USSR. From 1961 until his death, he was the director of the Group of Mathematical Geology, and later of the Laboratory of Mathematical Geology in Leningrad, both under the aegis of the Order of Lenin V. A. Steklov Mathematical Institute of the Academy of Sciences of the USSR. Vistelius was a prolific scientist and virtually all geological subjects attracted his interests, which involved the introduction of mathematical and stochastic methods to handle geological problems.

Guideline 15 contains the fundamental provision for the awards:
15. The Andrei Borisovich Vistelius Research Awards shall be presented biannually to one male and one female early-career scientist for promising contributions in research in the fields of mathematical geosciences or geoinformatics. There is no preference for specific areas of application. A recipient should be either (a) 35 years or younger at the end of the calendar year when selected for the award or (b) within seven years of the awarding of his or her highest degree. These time limits can be extended for up to two years to address circumstances which have interrupted the nominee’s career (i.e., serious illness, child birth, care giver, etc.).